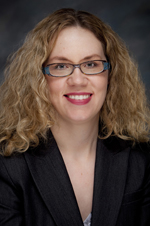 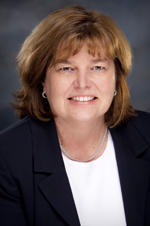 The SECURE (Setting Every Community Up for Retirement Enhancement) Act which was signed into law in late December makes wide ranging changes effecting IRAs, 401(k)s and other qualified retirement plans and retirement plan beneficiaries. The provisions in the Act may require changes to existing estate plans and will necessarily shape future plans. Some of the more significant provisions are discussed below.

Elimination of the Stretch IRA

The Secure Act eliminates the stretch IRA for many beneficiaries. Previously, the assets of certain retirement plans could be placed in an inherited IRA and the annual required minimum distribution (RMD) which the beneficiary was required to take would be calculated based on the beneficiary’s life expectancy. Under the SECURE Act, generally, all the assets of a retirement account must be completely distributed to the beneficiary no later than the end of the 10th calendar year following the year of the employee or IRA owner’s death. While this is the general rule, there are also a number of special rules that apply to certain eligible beneficiaries (the retirement account owner’s surviving spouse or minor child, a disabled or chronically ill beneficiary, or someone who is no more than 10 years younger than the retirement account owner). We’ll discuss those in more detail later in this post.

Many estate plans include the payment of retirement accounts to trusts. The SECURE Act may require these trusts to be administered differently than what was intended by the Settlor of the trust. For example, if the Trust is a conduit trust which requires the Trustee to promptly pay over to the beneficiary any amounts which the Trustee withdraws from the retirement plan, the required ten-year distribution window may mean that the beneficiary will be receiving much larger distributions from the trust than the Settlor of the trust intended. In many cases, it is possible to instead have an accumulation trust that permits the Trustee to accumulate and reinvest in the trust the amounts which the Trustee has to withdraw from the inherited IRA. The Trustee would still have to withdraw the funds from the inherited IRA within 10 years after the retirement account owners death, but would not necessarily have to turn around and distribute those amounts to the beneficiary. Instead, the Trustee could reinvest the withdrawn funds and keep them in the trust where they are protected.

There are other trusts which were originally structured to qualify for the stretch of benefits over the life of a beneficiary but will no longer qualify for the stretch under the SECURE ACT, or where some of the definitions and language used in the trust regarding retirement plans may not make sense any more due to the changes in the law.

It is therefore important to review any existing estate plans that include payment of retirement benefits to a trust and to make any necessary changes, so that the assets of the retirement benefits will be distributed in the most beneficial manner possible under these new rules.

Exceptions to the Ten-Year Distribution Rule

There are exceptions to the new 10 year rule. Generally the rule does not apply to certain eligible beneficiaries.

The Stretch IRA will still be available for the following designated beneficiaries: the surviving spouse, disabled or chronically ill individuals, and individuals who are not more than 10 years younger than the employee (or IRA owner).

No More Age Limit for Contributing to IRAs

The rules also increase the age at which an account holder, or their spouse, are required to begin withdrawing money from the plan, pushing back the age from 70½ to 72.

The SECURE Act allows for penalty-free withdrawals of up to $5,000 from a retirement plan to help pay for the arrival of a new child, whether through childbirth or adoption. Any such qualified early distributions must be taken out within a one-year window, from the time of the first withdrawal.

Additionally, the SECURE Act now has expanded the qualified educational expenses of 529 plans to cover student loan repayments, so up to $10,000 per beneficiary may be distributed tax-free to help pay off those loans.

The SECURE Act has made some significant changes to the laws surrounding IRAs and 401(k)s and other qualified retirement plan benefits. Existing estate plans particularly those which involve retirement accounts payable to trusts may need to be revised in light of these changes.

Attorneys at Stafford Rosenbaum LLP are available to help you determine whether the SECURE Act will affect your estate plan, and can help you make any necessary changes.

Important Trusts and Estates Tax Changes Could Come in 2022

Court of Appeals: Statute of Frauds Does Not Nix Unsigned Agreement to Convey Property Upon Death