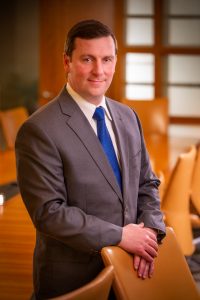 In early 2019, Anheuser-Busch began advertising that Miller Lite and Coors Light use corn syrup as a source of sugar that yeast ferments into alcohol, whereas Bud Light uses rice.  Molson Coors (then MillerCoors) claimed the ads created the false impression that its beers actually contain corn syrup.  As a result, Molson Coors brought suit in federal district court contending that Anheuser-Busch violated §43 of the Lanham Act, 15 U.S.C. §1125, which prohibits various forms of false or misleading advertising by competitors.  The case was hotly contested in the district court, which ultimately issued a preliminary injunction precluding Anheuser-Busch from running certain ads but not others.  Cross-appeals were filed.

The Seventh Circuit boiled the case down as follows: “The basic contention has been that the true statement ‘their beer is made using corn syrup and ours isn’t’ wrongly implies that ‘their beer contains corn syrup.’”  Id. at 3.

The Seventh Circuit’s ruling was a big win for Anheuser-Busch.  However, the case illustrates the fine line in Lanham Act cases where the advertisements at issue are not literally false, but could still be considered misleading.