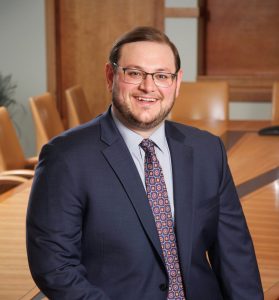 On March 16, 2022, the Seventh Circuit issued its opinion in Schutte v. Coix Health, resolving an open question about the breadth of the Class Action Fairness Act (“CAFA”). 28 USC § 1711 et seq. Congress enacted CAFA in 2005 to expand the availability of federal courts to class action defendants; the Act loosens the requirements for defendants seeking to remove to federal court cases that have been filed in state court as putative class actions.

CAFA provides federal courts with jurisdiction over class actions if: (1) a class has 100 or more class members; (2) at least one class member is diverse in citizenship from at least one defendant (meaning that they have different states of “domicile,” a term that has special meaning for diversity purposes); and (3) there is more than $5 million in controversy.[1] Even if those requirements are met, however, there are exceptions that can defeat removal. These exceptions are “designed to draw a delicate balance between making a federal forum available to genuinely national litigation and allowing the state courts to retain cases when the controversy is strongly linked to that state.” Hart v. FedEx Ground Package Sys. Inc., 457 F.3d 675, 682 (7th Cir. 2006). One such exception is the “local controversy” exception provided in 28 U.S.C. 1332(d)(4)(A), the federal diversity statute.

“[D]uring the 3-year period preceding the filing of that class action, no other class action has been filed asserting the same or similar factual allegations against any of the defendants on behalf of the same or other persons.”

28 U.S.C. § 1332(d)(4)(A) (emphasis added). In Schutte, the court first addressed “similar factual allegations” requirement and then addressed the “on behalf of” language.

Schutte involved a class asserting that Ciox Health, LLC violated a Wisconsin statute regulating the fees that medical providers may charge for the release of medical records to those who request their release, including patients such as the plaintiff whose attorneys had requested copies of her medical records relating to her treatment for injuries she sustained in a car accident. In an earlier case, however, a separate group of plaintiffs (not including Schutte, the plaintiff in the case before the Seventh Circuit) alleged that Ciox Health, LLC had violated a Montana statute regulating charges for medical records.

Relying on Tenth Circuit precedent, the Schutte court held that to invoke the local controversy exception, “CAFA’s language requires ‘the same or similar factual allegations,’ not the same legal theories or causes of action.” Schutte, 28 F.4th at 859. The local controversy exception will not apply “where the relevant actions are similar only in incidental respects, such as arising out of the same event and including a common defendant.” Id. at 861 (internal quotations omitted). However, both the Wisconsin complaint and the prior Montana complaint asserted “the same basis for wrongdoing […] namely impermissible fees for electronic copies of medical records.” Id. at 860 (internal quotations omitted).  Thus, the Seventh Circuit affirmed the district court’s finding that the Montana case satisfied the “same or similar factual allegations” requirement of the local controversy exception. Id. at 859.

For the local controversy exception to apply, the earlier suit also must have been brought “on behalf of the same or other persons.” 28 U.S.C. § 1332(d)(4)(A)(ii). Schutte argued that this language meant that there must be “some connection between the two class actions.” Schutte, 28 F.4th at 862. The Seventh Circuit disagreed, holding that the text of the statute reads that “a prior class action that is factually similar qualifies regardless of whether it was brought ‘on behalf of the same or other persons.’” Id. at 863. As a result of Schutte, therefore, it does not matter who the plaintiffs are: if the later-filed class action asserts similar factual allegations, the suit will be in federal court.

On the surface, Schutte looks like an odd result: a class of plaintiffs could be pushed into federal court based on the actions of different plaintiffs (who may be complete strangers), asserting substantive claims under a different state statute, in a different state’s court system. However, CAFA was intended to “prevent copycat suits in multiple forums, enabling class actions to be consolidated to promote judicial efficiency.” Davenport v. Lockwood, Andrews & Newnam, Inc., 854 F.3d 905, 910 (6th Cir. 2017). And as the Seventh Circuit recognized in Schutte, “CAFA reflects a complex and delicate balance of compromises, and we do our best to enforce it as written.” Schutte, 28 F.4th at 863.

Consequently, before filing a putative class-action lawsuit in state courts within the Seventh Circuit (Illinois, Indiana, and Wisconsin), counsel representing plaintiffs must investigate whether another lawsuit meeting the local controversy requirement previously was filed against the same defendant in any forum or venue in that state or another state. And when their clients are served with a class-action complaint in one of those three states, counsel for defendants should specifically inquire with their clients whether any other class actions have been filed against the same defendant in the same or any other state, and should evaluate whether Schutte supports removal of those claims.