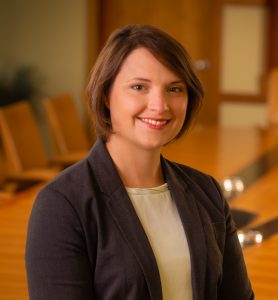 Stafford Rosenbaum LLP’s election and political law attorneys have had a 2020 filled with noteworthy cases. The new practice group was launched this year, co-chaired by Attorneys Jeff Mandell and Doug Poland, and has been even busier in the last quarter of the year with cases involving presidential post-election results challenges. Stafford Rosenbaum represents Wisconsin Governor Tony Evers on post-election matters, which has involved researching and advising on vote recounts and matters surrounding them.

There are now seven lawsuits challenging the presidential election results, two in which Stafford Rosenbaum LLP has been heavily involved that were filed as original actions in the Wisconsin Supreme Court. The firm represents Governor Evers, a defendant in both Wisconsin Voters Alliance v. Wisconsin Elections Commission and President Trump v. Governor Evers. Following briefing, the Wisconsin Supreme Court declined to exercise original jurisdiction in both cases.

Stafford Rosenbaum’s election and political law team has been working on three federal cases as well:

There was an appeal of the recount decision in Milwaukee County Circuit Court, which reaffirmed the recount results and which has since been upheld by the Wisconsin Supreme Court. Governor Evers is not a party in this case

Stafford Rosenbaum LLP is a nonpartisan law firm with offices in Madison and Milwaukee. The firm serves a spectrum of clients from governments and municipalities to businesses and individuals. With more than 140 years of history, effective client communication continues to be at the heart of our practice.