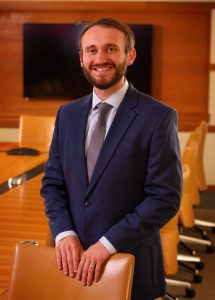 Last month, the Treasury Department published its Competition in the Markets for Beer, Wine, and Spirits Report identifying matters of concern within the industry and providing recommendations to federal and state regulators. Here is what Wisconsin wholesalers need to know about the Report:

In recent years, large multistate distributors, such as Southern Glazer’s Wine and Spirits and Republic National Distributing Company, have significantly increased their control over the distribution of wine and spirits. Operating in 44 and 35 states respectively, Glazer’s and RNDC dominate the distribution market from coast to coast. The next largest distributor, Breakthru Beverage Group, operates in 13 states and almost merged with RNDC before federal regulators voiced disapproval.

The Report asserts that many believe distribution consolidation is the “greatest threat to competition in the alcohol market” in that a large multistate distributor can leverage its national footprint and supplant a local distributor as the exclusive distributor for highly desirable brands. In these circumstances, the local distributor is significantly damaged and hampered in its ability to open new accounts without coveted “door-opener” brands in its portfolio. Given these concerns, the Treasury Department encourages the Department of Justice and the Federal Trade Commission to scrutinize the anti-competitive effects of distributor consolidation.

Wisconsin, like most states, has a three-tier distribution system preventing producers, wholesalers, and retailers from sharing common ownership. This system prevents anti-competitive vertical integration and monopolistic control by a particular company. The system also protects the consumer from being exposed to tainted and unsafe products, which may exist in less regulated systems.

The Report also acknowledges that there are competing public policy concerns with direct-to-consumer sales of beer and spirits, which pose different risks than wine. For instance, beer and spirits are more appealing to younger consumers than wine, thus direct shipment of those products runs a greater risk of underage drinking and related issues. Taking these concerns into consideration, the Treasury Department concludes that state legislatures are best positioned to assess the risks and benefits of adopting direct-to-consumer sales of beer and spirits, and it recommends such measures for consideration.

The Treasury Department recognizes the efforts of local distributors as playing a “significant role in a producer’s success and growth,” but recommends that states reconsider the protections offered to distributors under state franchise law.

The Report recognizes that a successful alcohol product does not synthesize from thin air, but succeeds due in large part to distributors cultivating and establishing a market for such products. As the Report details, distributors’ point-of-sale promotions, display setups, in-store demonstrations, and cooperating with retailers are critical to a product’s success. Indeed, a distributor’s efforts and investment in a particular product are among the main justifications for dealership protection in the first place.

Despite this recognition, the Treasury Department recommends that states explore amending their franchise laws to promote competition. This recommendation is primarily based on the faulty assumption that the “good cause” and notice requirements found in many state franchise laws increase costs by preventing producers from transitioning distributors. The Report’s conclusion is shortsighted given that so long as a distributor is performing, there is no need to switch distributors, and where a distributor is not performing, the producer likely has good cause to terminate the relationship.

Thus, the Report fails to recognize that good cause and notice requirements do not indefinitely handcuff a producer from terminating an underperforming distributor but instead protect a performing distributor’s investment in helping to build a market for the producer’s product(s).

Although it is unclear what actions federal and state authorities will take in response to distribution consolidation and related issues, it remains true that the Wisconsin Fair Dealership Law often provides Wisconsin wholesalers security in their investment and protection from unfair treatment by producers. When applicable, the WFDL prohibits a producer from terminating a distributor absent good cause, proper notice, and an opportunity to cure. Stafford Rosenbaum LLP’s experienced Dealership and Franchise team is here to help Wisconsin wholesalers and producers alike understand their obligations and assert their rights under the WFDL.