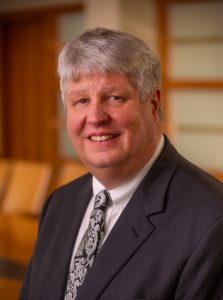 The Federal Trade Commission mandates disclosure of “any material action involving the franchise relationship during the last fiscal year” under Item 3 of the Franchise Disclosure Document (“FDD”), which must be provided to all prospective franchisees. But as a recent opinion of the U.S. Court of Appeals for the Seventh Circuit illustrates, this seemingly innocuous requirement is tinder for litigation when complying with it violates the nondisclosure provisions of a settlement agreement — and the aggrieved party seeks $20 million in liquidated damages.

Plaintiff had owned an Indiana brokerage company that operated as a franchisee of Keller Williams for approximately 10 years, and also served as a regional director for the franchisor. The parties’ relationship soured, however; her job was terminated in 2010, and the franchise relationship ended the following year.

Litigation ensued. In 2012, the parties resolved the lawsuit and entered a settlement agreement. The agreement prohibited the parties from disclosing its terms to third parties (with limited exceptions for disclosures to tax professionals, insurance carriers and government agencies). A violation of the agreement’s nondisclosure provisions would trigger a “liquidated damages” clause of $10,000 per violation.

About three months after the settlement, Keller Williams issued a new FDD to approximately 2,000 existing or potential franchisees and other interested firms or persons. In Item 3 of the new FDD, Keller Williams described the lawsuit in detail and disclosed the amounts paid to the plaintiff.

Keller Williams successfully defended the action by challenging the liquidated damages clause as constituting an unenforceable penalty clause. It is worth noting, though, that the trial court and Seventh Circuit (which affirmed the lower court) did not hold the plaintiff could not have obtained actual damages for the breach (or, for that matter, liquidated damages, if the agreement’s liquidated clause had not been so onerous); the evidence provided by the plaintiff of actual damages “was virtually none.”

The takeaway for franchisors: In any settlement agreement with a franchisee, always include an exception for required FDD disclosures when drafting nondisclosure clauses.