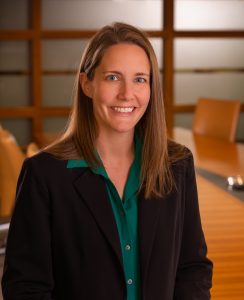 On March 20, 2017, the Supreme Court will hear arguments in Howell v. Howell, No. 15-1031 (U.S.). The case involves a conflict between a federal law, the Uniformed Services Former Spouses’ Protection Act (“USFSPA”), and a state court spousal support order. The Supreme Court is now hearing this case because different states have reached different conclusions about how the USFSPA affects state court orders.

Specifically, the Howell case presents the following question: does the USFSPA pre-empt a state court order directing a veteran to indemnify a former spouse for a reduction in the former spouse’s share of the veteran’s military retirement pay, when that reduction results from the veteran’s post-divorce waiver of retirement pay in order to receive compensation for a service-connected disability?

In response to the reduction in the amount of retirement pay she was receiving, Sarah sought relief from the family court in Arizona. In 2013, she requested an arrearage for the amount of retirement pay she had expected but had not received since John accepted the disability benefits (a grand total of $3,813 at that time). John moved to dismiss Sarah’s request. The family court sided with Sarah and ordered John to indemnify—that is, to pay—her for the amount of the reduction. The family court’s decision was affirmed by the intermediate appellate court and then the supreme court of Arizona. The U.S. Supreme Court granted John’s petition for review in the U.S. Supreme Court in December 2016.

The Supreme Court must now decide whether the state court’s order violated the USFSPA as interpreted in Mansell v. Mansell, 490 U.S. 581 (1989). The USFSPA permits state courts to treat “disposable retired pay” in accordance with the law of the jurisdiction of such court. “Disposable retired pay” does not include the amount a veteran waives in order to receive disability benefits. Mansell therefore interpreted the USFSPA as foreclosing state courts from treating as community property the portion of military retirement pay a veteran has waived in order to receive disability benefits. That means that in a divorce, a state court may treat retirement pay as community property, but federal law preempts the state court from treating a veteran’s disability pay as community property.

Howell differs from Mansell in several respects. In Mansell, the husband was retired at the time of the divorce and had already waived a portion of his retirement pay in order to receive disability benefits. Additionally, the Mansells’ divorce judgment specifically provided the wife with fifty percent of the husband’s “total military retirement pay, including that portion of retirement pay waived so that [the veteran] could receive disability.” Such is not the case in Howell. John Howell’s waiver of retirement pay occurred nearly fifteen years after the court entered his divorce judgment. Additionally, neither the divorce judgment nor the family court’s order requiring John to indemnify Sarah purported to treat John’s disability pay as community property.

The Arizona courts found that the divorce judgment gave Sarah a right to fifty percent of John’s full retirement benefits. The courts held that John violated his obligations under Arizona law by unilaterally decreasing the amount to which Sarah was entitled. They further concluded that indemnification was an appropriate remedy, and that the USFSPA did not prohibit indemnification because the order did not divide John’s disability benefits, require that John rescind his waiver of retirement pay, or direct him to pay Sarah his disability benefits.

The fact pattern in which a divorced veteran waives some amount of retirement income and instead opts to receive disability pay—to the detriment of his or her spouse—arises frequently. State supreme courts have split on the question as to whether an indemnification order like the order in Howell is pre-empted by the USFSPA. Some state courts have upheld indemnification orders, asserting that the orders provide an ex-spouse what he or she would have received had the veteran spouse not gone on disability. Other state courts have found indemnification orders to be an impermissible attempt at distributing the veteran’s disability benefits. Wisconsin courts have not confronted this issue. The Supreme Court’s upcoming decision—likely in May or June—will provide guidance concerning the scope of the USFSPA preemption in divorces throughout the country.