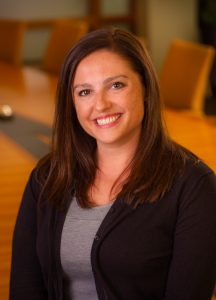 In the midst of an acrimonious divorce, Paula Epstein surreptitiously placed an auto-forwarding “rule” on her husband’s email account that automatically—and unbeknownst to him—forwarded a copy of every email he received to her. Through this arrangement, Paula discovered emails between her husband (Barry) and several women. She then accused him of infidelity as part of the divorce action. Due to the accusations, Barry’s attorney sent a document request to Paula for all communications related to Barry’s alleged adultery. When Paula’s attorney produced the intercepted emails in response, Barry realized that Paula had somehow gained access to his email account. Barry filed a federal law suit alleging that Paula and her attorney had violated the Wiretap Act, 18 U.S.C. § 2511. The litigation resulted in the Seventh Circuit’s recent decision, Epstein v. Epstein and Frank, No. 15-2076 (7th Cir. Dec. 14, 2016).

The Wiretap Act makes it unlawful to intentionally intercept any wire, oral, or electronic communication. The Act also prohibits the intentional disclosure or use of the contents of an unlawfully intercepted communication. Barry argued that Paula had violated the Act by intercepting the emails and that her attorney, Jay Frank, intended to use the unlawfully intercepted emails as part of the divorce litigation. Both Paula and Frank moved to dismiss the action, arguing that only intercepting an email contemporaneously with transmission violates the Act. (If the interception is not contemporaneous, the transmittal is governed by the Stored Communications Act.) The trial court agreed and dismissed the action.

The Seventh Circuit affirmed the ruling as to Frank but held that the claim should not have been dismissed as to Paula. The court found that Frank did not unlawfully disclose the communications because the disclosure resulted from Barry’s discovery requests in the divorce litigation. Essentially, Barry consented to the disclosure by making the request. Barry also could not identify any way Frank made actual use of the emails in the divorce litigation. As such, his mere possession or likely intent to use the intercepted emails did not violate Act.

With respect to Paula, by contrast, the court held that the claim should proceed so that the parties could determine whether the emails were intercepted contemporaneously. Though there appeared to be gaps between when the emails were received by Barry and then intercepted by Paula, the appellate court held that more information was needed about the auto-forwarding rule to conclude that the interceptions could not possibly be contemporaneous. Barry’s claim against Paula was sent back to the trial court to resolve those outstanding questions.

Judge Posner wrote a separate, concurring opinion that questions whether the Wiretap Act should even apply. In Judge Posner’s view, federal law should not necessarily protect all types of privacy, including the concealment of criminal activity (adultery remains a criminal offense in Illinois where Barry resides). Thus, Judge Posner argues, the Wiretap Act should not apply to communications intercepted to obtain evidence of a crime, even for a crime that is almost never subject to prosecution.

Barry’s federal suit turned on the definition of contemporaneous and how specific email servers work, rather than the substance of the communications as emphasized by Judge Posner. In contrast, family court cases are often more focused on the substantive facts than specific interpretation of detailed statutory definitions. However, whether the interception of the emails or the bad acts of either party will have an effect on the outcome of the divorce has yet to be seen. As of the date of publication of the Seventh Circuit opinion, the divorce case has been pending for more than five years and remains unresolved.