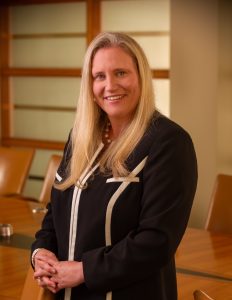 In Milwaukee Academy v. Department of Children and Families, 2016 AP 2377, the Wisconsin Court of Appeals faced the question of whether residential care centers for minors are prohibited from ever strip-searching residents. The Court concluded that state law does not contain a blanket prohibition against strip searches in all circumstances.

The specific strip search at issue before the court took place at Milwaukee Academy, a DCF-licensed residential care center for girls ages ten through seventeen. The children placed at Milwaukee Academy include victims of sexual abuse, subjects of CHIPS cases (where children and parents are subject to court supervision due to findings related to abuse or neglect), children experiencing emotional and behavioral disorders who need respite care, and children who have been adjudicated delinquent.

The subject of the search is identified only as J. The record is silent regarding the nature of her placement at Milwaukee Academy. After she cut her arms with pieces of plastic, J had been taken to the Milwaukee Mental Health Center. When J returned to Milwaukee Academy, she refused to cooperate or answer questions about whether she had any weapons. J was taken to the “time out room” with four female staff members present. After J kicked one staff member in the head, the staff took her to the floor using a “team lateral restraint.”

Milwaukee Academy acknowledged that J was forcibly searched and her clothing was cut off. According to an internal investigation , “[s]taff were able to complete the body search but due to J’s continued attempt to kick, bite, scratch and pinch, the nurse had to cut off her bras (she had two of them on) and shirt, and removed her pants.” After the search, Milwaukee Academy staff called for assistance from sheriff’s deputies, who took J to the hospital and then to jail.

Milwaukee Academy subsequently prepared and filed a “Serious Incident Report,” as required by DCF regulations. DCF then imposed a forfeiture on Milwaukee Academy, stating that the relevant statutes and code sections impose an absolute prohibition against strip searches in a residential care center for minors. Milwaukee Academy’s administrative challenge to the forfeiture failed, as the Division of Hearings and Appeals concluded that the strip search had violated J’s rights under state law.

On appeal, DCF argued that, as a matter of law, strip-searching an RCC resident is never permissible. DCF based its argument on Wis. Admin. Code § DCF 52.31(1)(a), which cross-references Wis. Admin. Code ch. DHS 94, and Wis. Stat. § 51.61. Because this was an appeal of an administrative decision, the Court of Appeals reviewed the agency action, not the circuit court’s analysis, and it afforded due-weight deference, under which the agency’s legal interpretation is sustained unless there is a more reasonable interpretation.

Ultimately, the Court of Appeals came reached the same result as the circuit court. It held that DCF’s interpretation—based on a distinction between a “patient” and an “inpatient”—lacked textual support in the statutes and regulations. Those sources, the Court determined, do not distinguish between “patient” and “inpatient” but use those terms interchangeably. As an example, the Court focused on the administrative code section that DCF cited, finding “no clear or meaningful distinction between the rights of a ‘patient’ and an ‘inpatient’ in § DHS 94.24(2)(d), contrary to DCF’s argument.” Slip op., ¶26.

The Court of Appeals held that the plain text of the relevant statutes and regulations led to a conclusion more reasonable than that reached by DCF: there is nothing in the DCF regulations that prohibits a strip search of an RCC resident in all circumstances. Instead, such searches are limited by the framework contained in § DHS 94.24(2)(d). Because the Courtdeemed the record insufficient to apply the governing regulations to this particular search, it remanded the case to DCF for further proceedings.

While it is too early to know how Milwaukee Academy’s strip search of J will be adjudicated, this case may have a significant effect on juveniles’ out-of-home placements moving forward. It remains to be seen if courts will be more hesitant to place certain juveniles in RCCs, even when the juveniles need services that cannot be managed exclusively by the Department of Children and Families.