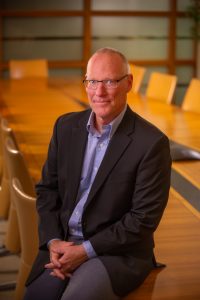 In McKee Family I, LLC and JD McCormick Company, LLC v. City of Fitchburg, 2017 WI 34, No. 2014AP1914 (April 12, 2017), the Wisconsin Supreme Court affirmed the bright-line building permit rule, under which a property owner cannot claim vested rights absent submission of an application for a building permit that conforms to the zoning or building code requirements in effect at the time of application.

A McKee entity owned property in the City of Fitchburg, including two undeveloped lots. Those lots were zoned as residential-medium (R-M) zoning classification. McKee applied for and received approval to rezone the land as planned development district (PDD) zoning, which would allow mixed-used development of a higher density than under the R-M classification. Fitchburg enacted an ordinance rezoning this land to a PDD classification and at the same time approved McKee’s general implementation plan for developing the property. As approved, the plan provided for development of a senior living community.

After McCormick submitted the plan, Fitchburg rezoned the two lots from PDD to R-M classification. This rezoning limited McCormick to developing 28 dwelling units, as compared to a maximum of 132 dwelling units under the PDD zoning classification. McKee and McCormick (which was eventually dismissed for lack of standing) filed a lawsuit seeking declaratory judgment, damages, and injunctive relief, all on the theory that City’s the rezoning was unlawful.

The circuit court granted summary judgment in favor of Fitchburg. McKee appealed, asserting on appeal that: it had a vested right in the PDD zoning classification; the PDD classification created a contract that gives rise to expectations on which developers may rely; and to the extent the reclassification was unlawful, the rezoning ordinance constituted a taking. The court of appeals determined that McKee did not have a vested right and affirmed the circuit court’s grant of summary judgment to Fitchburg.

On review before the Wisconsin Supreme Court, McKee relied upon the same arguments raised before the court of appeals. With respect to the vested rights argument, McKee argued that the court should depart from the well-established rule in Wisconsin that rights vest only once a developer has applied for a building permit and instead evaluate vested rights on a case-by-case basis. McKee asserted that in this case, it had obtained vested rights based on the substantial expenditures incurred in preparation for development under the PDD zoning plans submitted to Fitchburg.

The court further opined that, even if it were to determine that a rule based on substantial expenditures should apply in this case, McKee’s claim would still fail because McKee had not introduced sufficient evidence to support that claim. McKee had failed to present evidence that it made expenditures in reliance on the PDD zoning or submitted an application for a building permit.

The court also opined that the planned development district zoning classification did not create contractual expectations upon which McKee could rely. The court explained that there is a strong presumption that legislative enactments do not create contractual or vested rights, and that presumption cannot be overcome without a clear indication that a legislative body intends to bind itself contractually. McKee failed to make such a showing.

This case highlights the necessity for developers that wish to develop land under existing zoning classifications to submit a completed building permit application before zoning law changes under their feet.