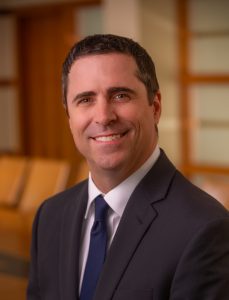 Recently the Court of Appeals released an opinion holding that municipal pier regulations enacted pursuant to Wis. Stat. § 30.13(2) cannot be applied to a pier that qualifies for a state permit exemption under Wis. Stat. § 30.12(1g)(f).  As a result, the Court of Appeals reversed the trial court’s decision in order to rule in favor of the pier owner.  In this case, the pier owner was represented by Stafford in conjunction with Attorney Adam Jarchow of Jarchow Law, LLC.

The case arose when Sunflower Properties (“Sunflower”) built a pier on Tomahawk Lake in 2015, after consultation with the County.  Unfortunately, a dispute arose when the County alleged that the pier violated the County’s shoreland ordinances.  Eventually, the County issued citations to Sunflower for the alleged violations and the parties tried the matter to the circuit court.  Despite Sunflower’s argument that its pier was exempted from county permitting under state law, the trial court found that the pier violated the County’s ordinance.  Sunflower appealed.

On appeal, the primary legal issue was a matter of first impression.  In other words, the appellate courts had not addressed the statutes in question and whether a county or other local government can impose pier size, shape, and configuration requirements that are more restrictive than statewide exemption standards.  Due to the statewide importance of the issue, the Court of Appeals issued an order that the case should be decided by a three-judge panel rather than the typical single judge for ordinance violations.  The Wisconsin Realtors Association also filed an amicus brief, and the Court of Appeals ordered that its opinion be published so that it would serve as precedent for other cases in the future.

In Oneida County v. Sunflower Prop II, LLC, the Court of Appeals agreed with Sunflower and ruled that once a pier qualifies for an exemption from a state permit under Wis. Stat. § 30.12(1g)(f), then local municipal regulations enacted pursuant to a separate subsection – Wis. Stat. § 30.13(2) – no longer apply to the pier.  The Court of Appeals explained its decision as follows:

“The interplay between WIS. STAT. §§ 30.12 and 30.13 is vital to Sunflower’s argument that the County lacks authority to regulate its pier. Sunflower’s interpretation is that the County’s regulatory authority under § 30.13(2) does not encompass piers that are exempt under § 30.12(1g)(f). In particular, Sunflower emphasizes the introductory clause in § 30.13(1) and asserts that the legislature’s use of the disjunctive “or” establishes that “a pier is exempt from permitting requirements if it is either exempt under the § 30.12 exemption or it meets the conditions of the § 30.13 exemption.

We agree with Sunflower’s interpretation of these two closely related statutes.”

The bottom line for pier owners is that, as a result of this decision, if you qualify for an exemption from state pier permitting, then your pier is also exempt from municipal pier regulations.

Filed Under: Environment and Land Use Law Municipal Law