Seventh Circuit: Wisconsin Debtors Can Shield Some Annuities from Creditors 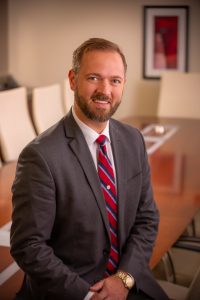 No debtor owes his or her creditors more than the law demands. Late last month, the Court of Appeals for the Seventh Circuit made clear that annuities that qualify for favorable tax treatment are fully exempt from a Chapter 7 bankruptcy estate. See Wittman v. Koenig, No. 15-2798, slip op. (7th Cir. July 26, 2016). The Seventh Circuit decision confirms long standing federal bankruptcy case law exempting annuities that qualify for tax-deferred status under 26 U.S.C. § 72 as satisfying the Wisconsin statutory requirement under Wis. Stat. § 815.18(3)(j) that the annuity must “comply with the provisions of the internal revenue code”.

Only 18 months prior to filing for Chapter 7 bankruptcy, the Koenigs purchased three annuities totaling nearly $300,000. As residents of Wisconsin, the Koenigs could choose between utilizing the federal or state bankruptcy exemptions. Wisconsin provides a full exemption for annuities if they comply with Wis. Stat. § 815.18(3)(j). The Koenigs claimed an exemption under Wis. Stat. § 815.18(3)(j) to fully exclude the annuities from the bankruptcy estate. The bankruptcy trustee asserted that the annuities, at least in part, were not exempt assets. The trustee argued that to qualify for full exemption, the annuities had to comply with provisions of the Internal Revenue Code addressing tax-deferred qualified retirement plans. The Koenigs disagreed, arguing that any annuity that qualifies for favorable tax treatment under the Internal Revenue Code should be exempt.

The parties agreed that the annuities did not comply with 26 U.S.C. §§ 401-09 dealing with tax-deferred qualified retirement plans, but did comply with 26 U.S.C. § 72, which provides favorable tax treatment to annuities. Although the Seventh Circuit had avoided this issue in the past, see In re Bronk, 775 F.3d 871 (7th Cir. 2015), this case forced the court to address whether compliance with one provision of the Internal Revenue Code, even though the annuity did not comply with other provisions of the Internal Revenue Code, satisfied Wis. Stat § 815.18(3)(j)’s requirement that the annuity must “comply with provisions of the internal revenue code” to be exempt. The Seventh Circuit noted that Wisconsin’s statute was written broadly and that the most sensible reading of the statute is whether or not the annuity qualifies for tax deferral. Further, the Seventh Circuit analyzed Wisconsin’s statute in light of the legislature’s requirement to liberally construe the exemption statute in favor of the debtor. As a result, the Seventh Circuit agreed with the bankruptcy court which held that the annuities were fully exempt from the bankruptcy estate.

The Seventh Circuit’s decision will not open the floodgates and allow nearly all annuities to qualify for full exemption from a Wisconsin bankruptcy estate. An annuity still must merit some tax deferral under the Internal Revenue Code and pay “benefits by reason of age, illness, disability, death or length of service.” Wis. Stat § 815.18(3)(j)(1). Further, both the federal bankruptcy code and the Wisconsin exemption statutes contain fraudulent transfer exceptions to protect creditors. However, the Seventh Circuit made it very clear that taking advantage of the bankruptcy laws in such a manner to exempt nearly $300,000 from creditors was not unlawful in any way. The Wisconsin legislature has not objected to or altered Wisconsin’s broadly worded exemption statute, even in the face of a long line of federal bankruptcy decisions exempting annuities similar to the Koenigs. As the Seventh Circuit noted, it would not be difficult for Wisconsin’s legislature to revise the exemption statute if it disagreed with the bankruptcy court’s interpretation. Absent such a revision, the statute will continue to allow savvy debtors to exempt funds through clever investments.