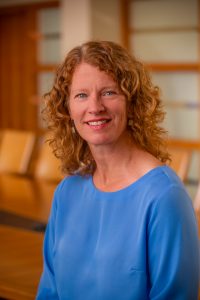 On February 29, 2016 Justice Clarence Thomas broke his ten year silence from the bench, asking not just one question during oral argument, but nine. What does this mean for appellate attorneys preparing for oral argument? Plenty.

An appellate attorney should also be well-versed in the law, not only that cited in his/her own brief, but also law cited by opposing counsel and in amicus briefs.

Armed with a thorough knowledge of the facts and law, the appellate attorney is ready to prepare for oral argument. Know what you want the court to do – why your client should win; what rule you want the court to adopt; and how that is supported by the law. Although the best appellate arguments tend to be more of a conversation rather than a simple presentation of a prepared speech, the appellate attorney is advised to prepare an outline, as well as short opening and closing statements. Just the process of preparing an outline will help frame the main issues presented by the case. This sort of preparation is also important if you have a “cold court” that is not asking many questions.

In the opening statement, the appellate attorney should provide a road map for the court and specifically ask the court to affirm or reverse the lower court’s decision. Providing a roadmap will at least preview your entire argument, even if you are not able to develop every point due to questioning from the court.

Another challenge is that time for oral argument is typically short. In the Wisconsin Supreme Court for example, each side is given a total of 30 minutes to present the oral argument – generally 25 minutes for the main part of the argument and 5 minutes for rebuttal. Wisconsin Supreme Court Internal Operating Procedures, Section II.D. At the U.S. Court of Appeals for the Seventh Circuit, even shorter times are generally allotted for oral argument. See U.S. Court of Appeals Practitioner’s Handbook, section XXVII.B. The successful appellate attorney hones in on and masters the core issues to be addressed by the court.

An appellate court is typically not thinking of just the case before it. The court will often be interested in what implications the decision might have as applied in other scenarios. For example, Justice Thomas pressed Assistant to the Solicitor General Ilana H. Eisenstein, who was representing the United States government about the fact that the case at hand involved the suspension of a constitutional right (gun ownership) stemming from a misdemeanor violation (domestic violence). “Can you give me another area where a misdemeanor violation suspends a constitutional right?” asked Justice Thomas. (Note that the question was likely prompted by an amicus brief.) Ms. Eisenstein said she could not think of one but added that First Amendment rights could be affected in similar situations. Justice Thomas persisted in his questioning: “So, can you think of a First Amendment suspension or a suspension of a First Amendment right that is permanent?” Justice Thomas went on to give examples, asking Ms. Eisenstein about the implications of her argument and position in other situations.

Another useful exercise in preparing for oral argument is to visit the court and observe oral argument. Although this would not have prepared Ms. Eisenstein for questioning from the normally quiet Justice Thomas, it is generally useful in gauging which justices tend to ask several questions and their questioning style.

Practice, practice, practice. It is invaluable to have a “moot court.” At the very least, make your presentation to your family and encourage them to interrupt you with questions. But if possible, gather your colleagues several times to practice your oral argument. Encourage them to pepper you with questions about both the law and the facts. Ask that they keep notes on areas in which you seem weak – again about both the law and the facts. Ask for constructive criticism. Again, practice several times, perhaps with different groups of colleagues. Like judges, each of your colleagues will bring a different perspective and focus to the argument. Lots of practice will enable you to move seamlessly back and forth between questioning and the main points of your argument.

Who knows, perhaps your stellar preparation, compelling arguments, and knowledge of the facts and law will also stir the voice of a typically quiet judge!