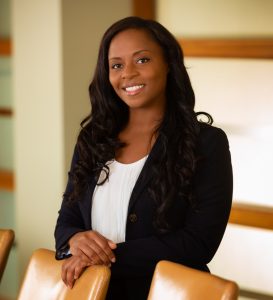 Recently, the Wisconsin Court of Appeals ruled in a case that tests the interaction between criminal law and civil liability. In Dostal v. Strands, 2020AP1943 (Oct. 19, 2021), the court held that an insured’s criminal conviction for second-degree reckless homicide precluded a mother’s claim against the insurer for damages arising from the death of her child.

The facts of this case are unquestionably tragic. Lindsey Dostal (“Dostal”) and Curtis Strand (“Strand”) were in a dating relationship for seventeen years. Dostal became pregnant in 2016. Strand was reluctant about being a father and urged Dostal to terminate her pregnancy. Notwithstanding Strand’s objections, Haeven Dostal (“Haeven”) was born on April 3, 2017.

Three months after Haeven’s birth, she died of injuries sustained in a fall while she was in Strand’s care. Strand provided law enforcement with varying accounts of what occurred. He told police that Haeven fell off his knee while he was trying to feed her. Alternatively, he also stated that he dropped Haeven while trying to warm up her bottle. The medical examiner deemed Strand’s explanations inconsistent with the severity of Haeven’s injuries. Strand was subsequently charged with first-degree reckless homicide. After trial, he was convicted of second-degree reckless homicide and obstructing an officer.

Dostal filed suit against Strand, alleging that negligence on Strand’s part led to Haeven’s injuries and wrongful death. State Farm intervened in the case as Strand’s homeowners insurer. Strand’s policy provided liability coverage for an “occurrence,” which the policy defined as “an accident, including exposure to conditions, which results in (a) bodily injury; or (b) property damage; during the policy period.” The trial court granted summary judgment in favor of State Farm, holding that Strand’s conduct in relation to Haeven’s death could not be an “occurrence” under the insurance policy because his conduct was not accidental.

Before the Court of Appeals, Dostal argued that the circuit court was required to review the entire record so that it could determine whether any disputed facts existed regarding Haeven’s fall, which Dostal asserted was an accident and therefore an occurrence. Dostal further argued that disputed facts regarding the cause of Haeven’s death rendered the trial court’s grant of summary judgment improper.

The Court of Appeals rejected Dostal’s arguments. It distinguished the two cases on which she most heavily relied, Estate of Sustache v. American Family Mutual Insurance Co., 2008 WI 87, 311 Wis. 2d 548, 751 N.W.2d 845 and Talley v. Mustafa, 2018 WI 47, 381 Wis. 2d 393, 911 N.W.2d 55. The appeals court noted that, “[u]nlike in the present case, neither of the aforementioned cases had a criminal adjudication against which to review the facts.” Id., ¶20. Consequentially the courts in Sustache and Talley had to rely primarily on the plaintiff’s complaints and affidavits, whereas “jurors in Strand’s criminal case, by contrast, heard the testimony of witnesses, weighed the credibility of those witnesses, considered the jury instructions, and then convicted Strand of second-degree reckless homicide.” Id.

Both the trial court and the appeals court held that Strand’s criminal conviction of second-degree reckless homicide for causing Haeven’s death precluded Dostal’s claim that Strand’s actions were accidental. This conclusion follows from the fact that Strand’s conviction required the jury to believe, beyond a reasonable doubt, both that Strand recklessly caused Haeven’s death by creating an unreasonable and substantial risk of great bodily harm and death, and that he acted with awareness of that risk.

The appellate court was not convinced by Dostal’s argument that this logic equates an awareness of an unreasonably substantial risk of harm, on the one hand, with an intentional act, on the other. Dostal argued that a fall can be accidental, even where there is an awareness of significant risk. The panel agreed with the general principle that not all reckless conduct qualifies as criminally reckless and that some circumstances may require a factual inquiry as to whether an injury was accidental. However, the court held that such an inquiry was unnecessary in the face of a conviction for criminal recklessness. The court reasoned that, because a criminal recklessness conviction requires a finding that the individual was aware that his or her conduct created an unreasonable and substantial risk of death or great bodily harm, “it is axiomatic that no accident occurred.” Id., ¶23.

Citing to American Family Mutual Insurance Co. v. American Girl, Inc., 2004 WI 2, ¶23, 268 Wis. 2d 16, 673 N.W.2d 65, the appellate court reiterated that Wisconsin courts have interpreted the term “accident” to mean “an event which takes place without one’s foresight or expectation.” Furthermore, the court noted, “[a] result, though unexpected, is not an accident; the means or cause must be accidental.” Id., ¶27.

This decision serves as a reminder that, in determining whether insurance coverage exists, a court’s review of the facts regarding the injury-causing event will not be limited to the affidavits, the allegations contained in the complaint, and the policy. This decision also reinforces the longstanding rule that the court’s review will focus on the incident or injury that gives rise to the claim, not the plaintiff’s theory of liability. And the decision seems to leave criminal recklessness in a legal limbo between intentional conduct and accidental conduct; the consequences of that mushy middle ground may take time to become clear.