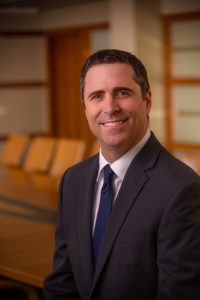 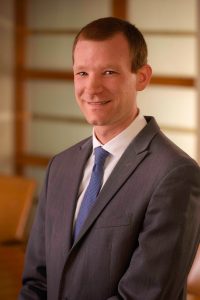 The Court of Appeals recently rejected an attempt to further complicate Wisconsin’s administrative rule-making process, and solidified the ability of agencies to respond to public comments during rulemaking. Applegate-Bader Farm, LLC v. Wisconsin Department of Revenue, 2020 WI App 7, stemmed from an administrative rule proposed by Wisconsin Department of Revenue (DOR) relating to the tax status of certain agricultural lands.

Prior to introducing the proposal to amend the existing regulations, DOR prepared a scope statement, as required by Wis. Stat. § 227.135, that outlined the agency’s objective of clarifying which agricultural lands would receive favorable tax status. After the governor approved that scope statement, DOR published an initial draft of the amended rule and issued a notice of public hearing. At that hearing, DOR received public comments on its initial proposal.

DOR then summarized the public comments it had received and explained how those comments informed its revised version of the proposal. DOR submitted the revised version for approval. The governor approved DOR’s proposal, and the legislature did not take steps to prevent the new rule from taking effect.

The court of appeals rejected the farm’s argument. The court interpreted the statute to mean that “meaningful or measurable” changes to draft rules did not require new scope statements as long as the revised rule fell within the ambit of the initial scope statement. The court explained that, if the law required an agency to prepare a new scope statement every time it revised a rule draft, that would unreasonably require agencies to begin the rule-making process anew with every modification, even if the amendment did not push the draft rule outside of the approved scope statement.

The farm also argued that DOR was required to hold an additional public hearing on the revised proposal. This argument was based on Brown County v. DHSS, in which the Supreme Court of Wisconsin ruled that an additional public hearing may be required where an amended rule proposal differs so markedly from the initial draft “that the first hearing could not be said to have offered an opportunity for interested parties to influence the final outcome.” 103 Wis. 2d 37, 55, 307 N.W.2d 247 (1981).

Here, too, the court of appeals rejected the farm’s argument, holding that the changes to the initial rule draft did not require a second public hearing because the notice of hearing and the scope statement had sufficiently alerted interested parties to the nature of the proposed rule-making. The court noted that, during the public comment period, one comment advocated the amendments DOR later adopted; this evidenced, the court concluded, that the amendment was within the scope of the public notice.

The court rejected the complaint about the economic impact analysis, because the farm provided no evidence that DOR’s modifications between the initial proposal and the final rule would have significant economic effects. The farm produced only speculative circumstantial evidence, which was not specific to the differential economic impact of the versions.

Finally, the farm argued that the Wisconsin Environmental Protection Act (WEPA) required DOR to issue an environmental impact statement (EIS). A party challenging an agency’s decision not to issue an EIS must make a bona fide claim of significant environmental effects. The farm argued that the new rule created incentives that would have indirect and adverse effects on the environment; part of this argument depended on the prediction that farmers would intentionally violate easement terms under the applicable federal programs to obtain advantageous (but legally incorrect) tax classifications for their property. However, the court recognized that agencies are authorized to reasonably assume compliance with administrative code provisions.  For that reason, the court held, the farm could not rely upon assumptions that property owners would violate the terms of federal easement programs.

Nor did the court credit the farm’s argument that the rule would lead to increased haying and grazing uses, thereby degrading easement lands. Under DOR’s modified rule, property owners enrolled in an easement program are required to obtain authorization from the federal government for compatible agricultural uses of their property. Because such authorizations were outside of DOR’s control and authorization was available only for uses “compatible” with the easement, the court dismissed this argument as insufficient to establish the need for an EIS.

What is most notable about the Applegate-Bader decision is the court’s refusal to blur lines in the administrative rule-making process. The court evaluated DOR’s compliance with each step in the process and refused to create an assumption that modification of the proposed rule in response to public comments automatically required the agency to go back to square one. This is important, because a contrary ruling would have created a disincentive for agencies to revise draft rules in response to meritorious public comments.

Additionally, the court looked carefully at Wisconsin law and its purposes, but refused the farm’s invitation to use either economic impact analyses or environmental impact statements—both of which take time and expertise to prepare—as a means of slowing the rulemaking process down, even when there is no basis for expecting amendments to the proposed rule would significantly alter the conclusions of those documents.

Administrative rulemaking is a detailed, multi-step process, and the court reinforced the purpose of the process without undermining its feasibility.