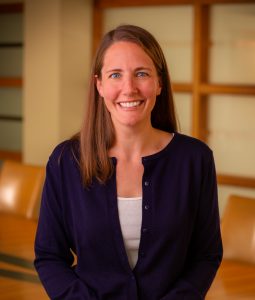 On occasion, a court finds a party’s approach to litigating a family court action so unreasonable that it invokes the doctrine of overtrial. When a party is found to have engaged in overtrial, the court may sanction the offending party by ordering that party to pay the other side’s attorney fees. Ondrasek v. Ondrasek, 126 Wis.2d 469, 377 N.W.2d 190 (Ct. App. 1985). A sanction furthers two objectives: 1) it provides compensation to the overtrial victim for fees unnecessarily incurred, and, 2) it (hopefully) deters unnecessary use of judicial resources. Id. In Trentadue v. Gay, No. 15-3142, slip op. (7th Cir. September 14, 2016), a case with an interesting interplay between family law and bankruptcy law, the Seventh Circuit held that an award of attorney’s fees resulting from a debtor’s overtrial was a non-dischargeable, domestic support obligation entitled to priority in the debtor’s bankruptcy proceedings.

Christopher Trentadue and his wife were divorced on February 15, 2007, but the litigation had barely begun. Within two months of the final divorce trial, Mr. Trentadue filed his first post-judgment motion. Litigation proceeded consistently through 2010, when Mr. Trentadue’s ex-wife filed a motion to modify placement and child support related to one child. This particular motion fueled three more years of litigation. In May 2013, the trial court found that Mr. Trentadue had engaged in significant overtrial. Because he expended a great deal of trial time pursuing the issue of where to send the children to high school, engaged experts and witnesses who undercut his position, raised and repeated unnecessary issues which protracted the trial, the trial court ordered that Mr. Trentadue contribute $25,000 toward his ex-wife’s attorney fees.

As Mr. Trentadue appealed the finding of overtrial to the Wisconsin Court of Appeals (which affirmed the finding) and the Wisconsin Supreme Court (which declined to hear the case), Mr. Trentadue also filed a petition for Chapter 13 bankruptcy. His ex-wife’s attorney, Atty. Julie Gay, filed a claim for $25,000 and labeled it a priority, non-dischargeable domestic support obligation (“DSO”) under § 507(a)(1) of the federal bankruptcy code.

A DSO is a debt owed to a relative of a debtor—typically a spouse, former spouse, child, or the parent of a child of the debtor. The debt may also be owed to a governmental unit. The debt must be in the nature of alimony, maintenance, or support (including assistance provided by a governmental unit) of such spouse, former spouse, or child of the debtor or such child’s parent. The debt must have accrued before the debtor filed for bankruptcy and must be the result of a separation agreement, divorce decree, or property settlement agreement, an order of a court, or a determination made in accordance with applicable non-bankruptcy law by a governmental unit. Finally, the debt must not be assigned to a nongovernmental entity, unless that obligation is assigned voluntarily by the spouse, former spouse, child of the debtor, or such child’s parent, legal guardian, or responsible relative for the purpose of collecting the debt. When we typically think of DSOs, we think of past-due maintenance (spousal support) or child support. These debts have priority and are non-dischargeable in bankruptcy.

The bankruptcy court held that Mr. Trentadue’s sanction for overtrial qualified as a DSO, and the district court affirmed. On appeal to the Seventh Circuit, Mr. Trentadue argued that the overtrial award could not be considered a DSO because, 1) it is not payable to his spouse, former spouse, child, caregiver, or a governmental unit, and, 2) he believed the award was intended to be a punishment to him, not support to his ex-wife. The Court agreed that the fact that the overtrial award was payable directly to Atty. Gay was a potentially relevant argument, however, it declined to address this argument because Mr. Trentadue had failed to raise it before the bankruptcy court or district court. Interestingly, this argument may have been a compelling one, as Atty. Gay does not fall into any of the categories of people to whom a DSO may be owed.

The Court examined whether the award constituted support for Mr. Trentadue’s ex-wife (a requirement for it to be classified a DSO) by analyzing three factors: 1) the language and substance in the context of the surrounding circumstances, using extrinsic evidence if necessary, 2) the parties’ financial circumstances at the time, and, 3) the function served by an obligation at the time of the judgment. The Court found that the overtrial award was meant to compensate Mr. Trentadue’s ex-wife for the additional attorney fees incurred as a result of his “desire to ‘win and control’ the proceedings.” The Court ascertained that the intent of the award was to ensure the children had adequate financial support, despite Mr. Trentadue’s “scorched-earth approach to the litigation.” The Court commented that if the award was to be punitive, $25,000 would be owed to the court, not to his ex-wife’s attorney. The award was found to be directly related to Mr. Trentadue’s unnecessarily protracted litigation and its purpose was to compensate for the harm he had done, not to punish him. Under these circumstances, the Court found the overtrial award was in the nature of support.

This case showcases a unique family law doctrine and an interface between family law and bankruptcy law, both of which make this case noteworthy. Moreover, the case shows the courts’ willingness to utilize a broad definition of DSO to protect a debtor’s ex-spouse from having to pay attorney fees the debtor was ordered to pay. Though the Seventh Circuit’s holding is supported by its findings, this case may have ended differently had Mr. Trentadue raised the argument before the bankruptcy and district courts that his ex-wife’s attorney did not qualify as a debtor to whom a DSO could be owed.