Part 1: The Factual and Procedural Background of Murr v. Wisconsin 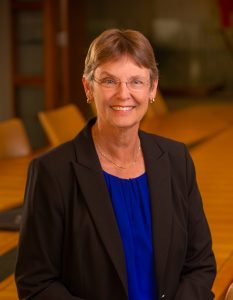 William and Margaret Murr, the parents of the petitioners in the current suit, bought two adjacent riverfront lots along the Lower St. Croix in the early 1960s. Both lots were bisected by a 130-foot-high bluff, with a lower portion along the river and a higher portion atop the bluff. On the eastern lot (called Lot F in the litigation), the Murrs built a cabin close to the water. They then transferred title to both the lot and the cabin to their family plumbing business. The western lot (Lot E), they kept vacant and in their own names.

In 1982, the Murrs transferred title to Lot F and the cabin from the family business back to themselves. This was the first time that the lots were under common ownership after the adoption of the zoning regulations at issue in the case. In 1994, the Murrs gifted Lot F (the one with the cabin) to their six children. In 1995, they did the same with Lot E. Two of the children subsequently relinquished their interests in the lots, so that the lots are now owned by four siblings (the petitioners in the current suit).

In 2004, the petitioners sought to flood-proof the cabin on Lot F. They filed a permit application with St. Croix County. The County responded with a detailed letter explaining that overlapping zoning regulations applied to the lots and restricted how the petitioners could use their land. While there were options for flood-proofing the cabin in its current location, they were somewhat limited and would require obtaining variances from some of the zoning regulations overseen by the County, the Town of Troy, and the Wisconsin Department of Natural Resources. There were also additional options, including building a larger home on top of the bluff, but the petitioners rejected that approach as impractical.

In June 2006, the petitioners tried again. This time they sought six variances and two special use permits. Of particular note was a new request for a variance that would allow them to develop or sell Lot E separate from Lot F. A variance from applicable zoning law was necessary for separate development or sale, because each lot individually was too small—after accounting for portions of the property within the floodplain or the slope preservation zone— for development under the regulations applicable to the Lower St. Croix Riverway Overlay District. Those regulations had not been in existence when the Murrs built the cabin on Lot F, but they began to apply in 1975. And they included a provision, fairly common in Wisconsin and elsewhere, that where two contiguous properties had the same owners and were substandard (that is, too small for development as zoned), the lots were treated as one property for zoning purposes. This provision meant both that the petitioners’ plans were analyzed in the context of the two lots being one property and that the petitioners could not raise funds for their renovation of the cabin on Lot F by selling Lot E to someone else as developable riverfront property.

The petitioners’ second suit, which has now reached the U.S. Supreme Court, focused solely on the denial of the variance application to develop or sell Lot E separately from Lot F. The suit alleged that the County regulation on which the denial was based—the regulation treating contiguous, substandard lots under common ownership as one property—and a state regulation that informs the Lower St. Croix Riverway Overlay District deprived them of “all, or practically all, of the use of Lot E because the lot cannot be sold or developed as a separate lot.” Therefore, they asserted, the regulations constitute an uncompensated taking of their private property, in violation of article I, section 13 of the Wisconsin Constitution and the Fifth Amendment to the U.S. Constitution.

In the Circuit Court for St. Croix County, the County and the State moved for summary judgment. They articulated four independent, alternative grounds on which the court could rule in their favor: (1) the petitioners’ claim was time-barred under the applicable Wisconsin statute of limitations; (2) the case was not ripe for adjudication because the petitioners had not exhausted their administrative remedies before starting litigation; (3) the petitioners had no cognizable property right in Lot E separate from Lot F because the ordinance considered them as one property; and (4) the petitioners could not demonstrate a regulatory taking because they had not been deprived of all or substantially all of the beneficial use and value of their property.

The petitioners appealed this decision to the Wisconsin Court of Appeals. That court recognized the procedural oddness of the Circuit Court having “reached the merits,” “[d]espite th[e] conclusion” that “the [petitioners’] claim was time barred.” Murr v. State, 2015 WI App 13, ¶10, 359 Wis.2d 675, 859 N.W.2d 628 (Table) (unpublished) (per curiam). Nevertheless, the appellate court proceeded with its own analysis of the merits of the constitutional claim and did “not reach the issue of whether [the petitioners’] claim was timely filed.” Id., ¶12. The appellate court, like the Circuit Court, held that there was no regulatory taking in this case. Id., ¶31. The Wisconsin Supreme Court denied the petition for review. Murr v. State, 2015 WI 47, 366 Wis.2d 59, 862 N.W.2d 899 (Table).

At that point, the petitioners, represented by new counsel, filed a petition for a writ of certiorari in the U.S. Supreme Court. The State of Wisconsin waived its right to oppose the petition. St. Croix County filed a brief opposing the petition. The Court granted certiorari in January 2016. Murr v. Wisconsin, 136 S. Ct. 890 (2016). In April, the petitioners filed their opening merits brief, followed by eleven amicus briefs supporting them. In June, the State of Wisconsin and St. Croix County each filed merits briefs, followed by several amicus briefs, including ours. The petitioners’ reply brief is due in July.

To read about our amicus brief arguing that the Court should not decide on the merits of this case, click here.