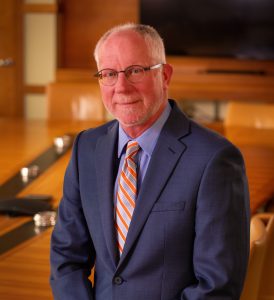 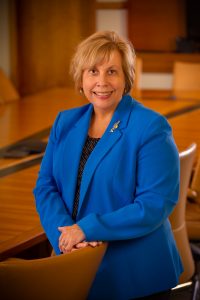 Stafford Rosenbaum is a vibrant, 55 attorney, full service law firm with offices in Madison and Milwaukee. Effective client communication remains at the heart of the firm’s practice. According to Managing Partner Christopher Hughes,  “Stafford Rosenbaum operates in a team environment where longterm success is valued, so we emphasize succession and ascension planning to help ensure the firm will be around another 140  or more years.”

Stafford Rosenbaum has continued to embrace the values of exceptional client service, legal excellence and honor established more than a century ago by founder and prominent Madison attorney John M. Olin. A lot has changed over its 140-year history, but what remains — and will always remain — is the firm’s commitment to providing practical legal solutions and its adher-ence to the highest standards of legal ethics and professionalism.

The firm traces its roots back to 1879, when Olin founded it. Olin was described as a “brilliant jury lawyer, one of the greatest lawyers this state has ever produced.” He played an integral role in developing Madison’s park system — Olin Park is named in his memory — and his legacy lives on in both the Madison park system and the long history of Stafford Rosenbaum.

Stafford Rosenbaum expanded over the years in both name and location. In 1944, the firm’s name was Rieser & Mathys, the telephone number was Gifford 2730, and Grace D. Meyers, who has the distinction of being one of Wisconsin’s early women lawyers, joined the firm. Following the deaths of Robert M. Rieser and Clifford Mathys, the firm changed its name to Stafford, Rosenbaum, Rieser & Hansen, and then shortened the name to Stafford Rosenbaum in 2000 and expanded into the Milwaukee market in 2007.

At the firm level, the attorneys’ commitment to providing practical legal solutions and their adherence to the highest standards of legal ethics and professionalism have earned Stafford Rosenbaum membership in Geneva Group International. GGi is a global alliance of high quality, independent professional firms whose members are recognized locally as leaders in their particular field.

Individually, Stafford Rosenbaum’s attorneys have been recognized as community leaders and subject matter experts. They serve on a variety of nonprofit boards and have been selected by peers for inclusion in The Best Lawyers in America issued by Best Lawyers® and Wisconsin Super Lawyers issued by Thompson Reuters. They also have been published in numerous professional journals and received some of the highest local industry honors, including recognition as award recipients for the Leaders in the Law and Women in the Law awards presented by the Wisconsin Law Journal.

“The commitment our team members have to legal excellence and client satisfaction is unparalleled,” states Hughes.

With expertise in more than 18 different practice areas, Stafford Rosenbaum provides comprehensive legal services for individuals, businesses, local governments, and colleagues in the legal community. The firm harnesses the collective experience of its business attorneys and litigators to solve legal problems arising in the areas of antitrust and trade, bankruptcy and creditors’ rights, business law, dealership and franchise law, employment and labor law, environmental law, intellectual property, litigation, real estate, and alternative dispute resolution. They serve as general counsel or act as special counsel for more than 100 Wisconsin local governmental entities, advising in areas such as public utility, government and administration, employment and labor law, and environmental law.

Community involvement is top priority for Stafford Rosenbaum. From numerous local non-profit sponsorships to hours of pro bono work, the firm is committed to making communities a better place to live, work, and play. As Director of Administration Lori Dorn notes, “Stafford Rosenbaum is continuously looking for ways to give back to our community. Whether it is our ‘Casual for a Cause’ Fridays that support several local nonprofits or our ever-growing annual United Way campaign, we find ways to get all  of our team members involved in giving back and showing our appreciation for the communi-ties that have been partners in our success
for over a century.”

Since 1879, the foundation of Stafford Rosen-baum’s service has been honor, integrity, legal excellence, and exceptional client communi-cation. Its professionals seek resolutions to legal problems by listening to clients’ concerns, understanding goals, and explaining options and ramifications clearly and simply. If you have questions, they promise to be there for you — just as the firm’s attorneys have been for the past 140 years.

This article was originally published in the January 2019 issue of InBusiness Magazine.