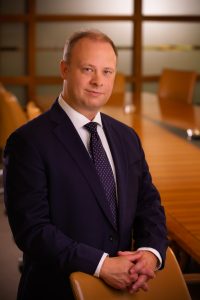 Since the United States Supreme Court’s seminal decision in Monell v. New York Department of Social Services, a municipality can be only found liable for civil rights claims brought under 42 U.S.C § 1983 if a plaintiff can show that a policy or custom of the municipality caused the violation of his or her constitutional rights. In a recent case involving a Wisconsin county jail, the U.S. Court of Appeals for the Seventh Circuit affirmed the rigorous standard articulated by Monell and reaffirmed the limited applicability of “single-incident” violations where liability is found absent an established pattern or practice of the violation.

The jury found in plaintiffs’ favor on all claims and awarded each plaintiff $2,000,000 in compensatory damages against both defendants, as well as $3,750,000 in punitive damages against the corrections officer. The county moved for both judgment as a matter of law and a new trial, arguing that plaintiffs’ offer of proof was insufficient bordering on deceptive. The Court denied the county’s request. The county appealed.

In a 3-1 decision, the Court of Appeals panel reversed, holding that plaintiffs failed to meet its burden of proof on any of the three Monell factors: (1) the existence of an express or implied unconstitutional custom or policy; (2) policymakers’ deliberate indifference to a known or obvious risk; and (3) evidence that the custom or policy caused the constitutional violation.

First, the Court concluded that plaintiffs failed to produce any evidence at trial to support their argument that the county’s written policies against sexual assault were inadequate at preventing or detecting sexual assault. The Court held that in order to prove liability under this theory, plaintiffs were required to show actual culpability by the county (i.e. adherence to policies that the county knew or should have known failed to prevent sexual assaults against inmates). Having failed to produce any evidence of a history of sexual assaults by corrections officers against inmates or show the county’s decision not to adopt all of provisions of PREA constituted a custom or policy that led to the constitutional violations, the Court disposed of the argument.

Second the Court rejected plaintiffs’ argument that the county’s implicit policies (i.e., custom or practice) condoned and encouraged sexual misconduct. The Court held that a jail captain’s participation in “tier talk,” a term described as “not necessarily flattering talk,” inappropriate remarks by jail officials over a twelve year period, and the county’s investigation into a single allegation of inappropriate touching of an inmate by a corrections officer were insufficient proof of a “widespread” unconstitutional policy or practice. The Court found that the alleged “tier talk” and other remarks were not necessarily sexually explicit and the inappropriate touching (putting an arm around an inmate’s waist and patting her backside) did not rise to the same degree of the “repeated and coercive sexual abuse” perpetrated by the corrections officer in this case. Slip op. at 24.

Third, the Court rejected plaintiffs’ argument that the county failed to adequately train its employees to prevent inmate sexual assault. The Court found that these were little more than conclusory allegations, that there was no widespread pattern of comparable behavior and, most significantly, that the offending corrections officer admitted at trial that his conduct was contrary to all of the training he received, jail policy, and Wisconsin law.

Finally, the Court also rejected plaintiffs’ attempt to shoehorn their failure-to-train claim into a single-incident liability exception to Monell’s “policy or custom” requirement. Although the U.S. Supreme Court has left open the possibility that “in limited circumstances, a local government’s decision not to train certain employees about their legal duty to avoid violating citizens’ rights may rise to the level of an official government policy for purposes of § 1983,” slip op. at 36 (quoting Connick v. Thompson, 563 U.S. 51, 61 (2011)), the circumstances that would give rise to the exception is exceedingly narrow and requires that policymakers are negligently unaware of their obligation to safeguard citizens’ constitutional rights. The Court found that was not the case here. The county had implemented official policies prohibiting corrections officers from having any sexual contact with inmates and regularly conducted state-certified training to corrections officers to protect inmates from sexual assault.

Judge Scudder dissented from the panel opinion. He, too, recognized the “demanding standard for municipal liability,” slip op. at 50 (Scudder, J., dissenting in part), but concluded that in light of all of the evidence at trial, a reasonable jury could have found that the county acted with deliberate indifference to the need for more training for and monitoring of jail staff. The dissent seems to raise broader concerns that the majority’s forceful rejection of the sufficiency of the evidence presented at trial may act as a disincentive for municipal entities to take more aggressive measures to prevent sexual abuse of inmates housed in their jails.

Importantly, both the majority and dissenting opinions affirmed that the high evidentiary threshold plaintiffs must meet to prove municipal liability remains intact.

On July 24, 2019, plaintiffs filed a motion petitioning the court for rehearing and rehearing en banc. In support of their motion, plaintiffs argue for a lower evidentiary standard in Monell claims and challenge the sufficiency of the county’s official policies and training designed to prevent inmate sexual assault. This case is generating substantial interest among high-profile civil rights organizations. On the same day plaintiffs filed their motion for rehearing, the ACLU and other prisoners’ rights organizations filed a brief amici curiae in support of plaintiffs’ position.

In light of the substantial and growing interest of civil rights organizations in this case and others like it, municipalities should take special note of one key aspect implicit in the majority’s holding: Although the Monell standard remains a rigorous one, a municipality may be required to have affirmative policies in place to avoid liability. This is evident in the majority’s rejection of plaintiffs’ argument that the county was deliberately indifferent to the sexual abuse of inmates based in large part on the county’s adoption and implementation of state-approved policies and training as well officials’ reasonable responses to prior allegations of sexual misconduct.

Municipalities may thus be well-advised to review their policies and practices in light of this decision and, where deficient, modify them. For assistance with conducting a compliance review and update of sexual assault policies, contact Kurt Simatic or Liz Stephens at (608) 256-0226.