Will the Four-Corners Rule Continue to Determine Whether an Insurer Bears the Duty to Defend? 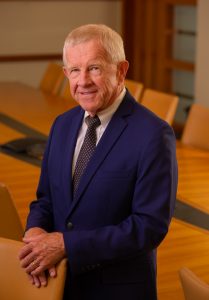 Insurance policies often provide that the insurer will provide (that is, bankroll) a legal defense for the insured, if a third party brings claims against the insured that arise from an occurrence covered by the insurance policy. The litigation process can be both extended and expensive. Moreover, which party bears ultimate liability—whether the occurrence actually is covered by insurance—often remains unclear until the merits of the claim are resolved at the end of litigation. This raises the question of how to determine, at the outset of litigation or in separate proceedings, whether a given claim triggers the insurer’s duty to defend the insured. The answer matters not just to insurers (and indemnitors), but to anyone insured (or indemnified) by another. And the Wisconsin Supreme Court is getting ready to consider this question anew.

The prevailing case law considers the duty to defend as “based solely on the allegations contained within the four corners of the complaint.” Bradley, 2003 WI 33, ¶ 19 (internal quotation omitted). Though courts construe the allegations in the complaint liberally and assume all reasonable inferences, see Doyle, 219 Wis. 2d at 284, with any doubts about the duty to defend resolved in favor of the insured, see Bradley, 2003 WI 33, ¶ 20, under the “four-corners rule,” courts may not consider extrinsic facts or evidence, see id. ¶ 19.

Last fall, in Water Well Solutions Service Group Inc. v. Consolidated Insurance Co., the Court of Appeals declined an invitation to depart from strict application of the four-corners rule. 2015 WI App 78, ¶ 1, 365 Wis. 2d 223, 871 N.W.2d 276. According to the majority, “Wisconsin law is well settled that an insurer’s duty to defend is determined by comparing the facts alleged within the four corners of the complaint with the coverage provided under the insurance policy.” Id. ¶ 16.

Yet the law may be less settled than the Water Well decision suggests. As Judge Reilly noted in dissent, the Wisconsin Supreme Court agreed in 2010 to answer a certified question on the propriety of the four-corners rule in a duty-to-defend analysis, but the parties settled the case before the Supreme Court had the opportunity to provide its answer. See id. ¶ 20 (Reilly, P.J., dissenting) (citing Wilkinson v. Arbuckle, 2011 WI 1, 330 Wis. 2d 442, 793 N.W.2d 71).

Now the Supreme Court has granted review in Water Well, specifically to address whether there are “limited exceptions to the ‘four-corners rule’” that would allow a court “to consider extrinsic evidence when evaluating the duty to defend of an insurer that has denied coverage.” Water Well Sols. Serv. Grp. Inc. v. Consol. Ins. Co., — N.W.2d — (Wis. Dec. 3, 2015).

There are strong arguments both for and against the four-corners rule. The rule simplifies litigation concerning the duty to defend, allowing parties to proceed more quickly to the merits of the underlying dispute. The rule also provides insurers a degree of certainty, so they are not forced to “speculate beyond the written words of the complaint in order to imagine a claim that a plaintiff might be making or to determine all the potential issues that could be sought when the insurer is evaluating its duty to defend.” State Farm Fire & Cas. Co. v. Easy PC Sols., LLC, No. 2014AP2657, 2015 WL 8215533, ¶ 8 (Wis. Ct. App. Dec. 9, 2015) (recommended for publication).

Yet, as Judge Reilly noted in his Water Well dissent, the rule “allows a litigant who is not a party to a contract of insurance to unilaterally control whether a contract (the insurance policy) provides coverage when that litigant has no privity in the contract.” Water Well, 2015 WI App 78, ¶ 21 (Reilly, P.J., dissenting). For this reason, Judge Reilly concluded, “a party to the insurance contract[] should be allowed to present facts to the court relevant to the issue of whether a policy of insurance provides coverage.” Id. ¶ 24.

Judge Reilly’s view is not unprecedented. In Estate of Sustache v. American Family Mutual Insurance Co., the Wisconsin Supreme Court ruled that “[w]here the insurer has provided a defense to its insured, a party has provided extrinsic evidence to the court, and the court has focused in a coverage hearing on whether the insured’s policy provides coverage for the plaintiff’s claim, it cannot be said that the proceedings are governed by the four-corners rule.” 2008 WI 87, ¶ 29, 311 Wis. 2d 548, 751 N.W.2d 845. The defendant’s insurer had provided a defense under a reservation of rights. Id. ¶ 7. When the court addressed the insurer’s duty to defend, it did not apply the four-corners rule strictly; instead, in determining whether the allegations fell within the scope of the defendant’s policy, the court augmented the complaint with relevant affidavits and deposition transcripts developed in litigation of the underlying claims. Id. ¶ 30.

The insurer in Water Well, however, made a different strategic decision. Rather than provide a defense under a reservation of rights, the insurer declined to provide any defense. The parties then settled the underlying law suit, and the defendant (Water Well) filed suit against the insurer to recover its costs. The court held that the four-corners rule restricted its consideration to the allegations of the initial complaint and the language of the insurance policy at issue. It therefore refused to consider “undisputed facts” contained in an affidavit submitted by Water Well. See Water Well, 2015 WI App 78, ¶¶ 15–16.

Ironically, Consolidated Insurance Company (Water Well’s insurer) benefitted from its decision not to provide a defense under a reservation of rights, though doing so is usually considered the insurer’s safest path where there is a dispute over the duty to defend. See, e.g., Liebovich v. Minn. Ins. Co., 2008 WI 75, ¶ 55, 310 Wis. 2d 751, 751 N.W.2d 764 (describing “preferred process for insurers to resolve duty-to-defend disputes” as bifurcated trial or providing defense under reservation of rights, “rather than unilaterally refus[ing] to defend”); see also Elliot v. Donahue, 169 Wis. 2d 310, 321, 485 N.W.2d 403 (1992) (“If the insurance company refuses to defend, it does so at its own peril.”). Unlike in Sustache, where the insurer’s participation under a reservation of rights led the court to consider additional facts revealed in the course of litigation when ruling on the duty to defend, here the court adjudicating the duty to defend had less familiarity with the underlying litigation and restricted its consideration to a comparison of the complaint’s allegations and the policy’s language. The Court of Appeals in Water Well distinguished Sustache on the basis that the insurer there provided a defense under a reservation of rights. See Water Well, 2015 WI App 78, ¶ 16. If that reasoning is affirmed and the four-corners rule does not control in such a scenario, that could significantly alter insurers’ calculus for deciding how to proceed where they dispute the duty to defend a claim against an insured party.

Another development may further complicate future duty-to-defend analyses. The Wisconsin Court of Appeals recently adopted the “incorporation-by-reference” doctrine in Soderlund v. Zibolski, No. 2014AP2479, 2015 WL 8077266, ¶ 37 (Wis. Ct. App. Dec. 8, 2015). The doctrine, borrowed from federal law, instructs courts to treat documents incorporated by reference into the complaint as part of the complaint itself. To be incorporated by reference, a document must be (a) referred to in the complaint, (b) central to the plaintiff’s claim(s), and (c) not subject to a dispute over its authenticity. Id. Such a document is considered part of the complaint. Id.

Soderlund arose in the context of a motion to dismiss. Id. ¶ 1. Courts typically decide motions to dismiss by considering only the complaint. See, e.g., Converting/Biophile Labs., Inc. v. Ludlow Composites Corp., 2006 WI App 187, ¶ 2, 296 Wis. 2d 273, 722 N.W.2d 633 (“Typically on review of a motion to dismiss, we look only to the complaint, summarizing its allegations and taking them as true for purposes of the appeal. … When, on a motion to dismiss, parties present matters outside the pleadings, the motion should be processed as one for summary judgment.”); see also Wis. Stat. §802.06(2)(b). The incorporation-by-reference doctrine permits courts to consider not only the complaint itself but also any documents incorporated into the complaint by reference.

From one perspective, the four-corners rule’s exclusive focus on the complaint may appear to conflict with the incorporation-by-reference doctrine, which seems to allow for consideration of additional materials in assessing a plaintiff’s allegations. If courts can now look beyond the allegations of the complaint on a motion to dismiss—that is, a motion testing the sufficiency of the plaintiff’s allegations—why not allow a broader sweep when considering the duty to defend? Litigants whose complaints fail to withstand motions to dismiss generally have only themselves to blame. And such litigants usually have procedural options to amend their complaints and try again. By contrast, when a court applying the four-corners rule determines that an insurer has no duty to defend, the insured generally lacks procedural recourse to have a court review that decision with the benefit of additional facts.

Yet from another perspective, the two doctrines can be squared. The incorporation-by-reference doctrine expands what is considered part of the “complaint.” An analogous expansion could give a court applying the four-corners rule a somewhat broader perspective without opening the door to all kinds of materials ancillary to the complaint. Allowing incorporation-by-reference to inform the four-corners rule might make application of the rule seem less harsh.

However, that approach to harmonizing the incorporation-by-reference doctrine with the four-corners rule does not address the principal concern in Judge Reilly’s dissent. Incorporation by reference expands the universe of materials a court considers in assessing the allegations of a complaint, but it still grants the plaintiff exclusive control over the contents of that universe. Incorporating materials referenced in a complaint leaves control over what gets considered solely in the hands of the plaintiff, as the party drafting the complaint. Even a four-corners rule informed by the incorporate-by-reference doctrine would, therefore, retain the plaintiff’s unilateral control over insurance coverage under a contract to which the plaintiff is not a party. That would perpetuate the asymmetry that Judge Reilly identified as problematic. See Water Well, 2015 WI App 78, ¶ 21 (Reilly, P.J., dissenting).

As mentioned, Water Well now proceeds to the Wisconsin Supreme Court. It will be interesting to watch how the Court handles the case and whether, if at all, the Soderlund decision factors into the duty-to-defend discussion.