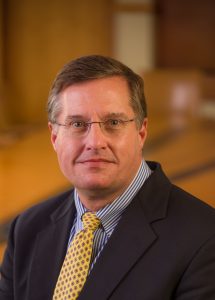 On December 12, 2017, the Wisconsin Court of Appeals addressed a civil dispute arising from the high-profile criminal embezzlement scheme committed by Koss Corporation Vice President of Finance, Sujata (“Sue”) Sachdeva. At issue were allegations Koss made against its bank seeking recovery on the theory that the bank committed bad faith in not detecting the embezzlement scheme. See Koss Corp. v. Park Bank, No. 2016AP636 (Wis. Ct. App. Dec. 12, 2017).

Koss’s complaint alleged that Park Bank of Milwaukee, Wisconsin, violated Wisconsin’s Uniform Fiduciaries Act (“UFA”) by allowing Ms.Sachdeva to embezzle about $34million from Koss accounts for personal use. Ms.Sachdeva used a variety of ways to embezzle the $34 million, including requesting cashier’s checks and cashing checks made out to “petty cash,” as well executing wire transfers to pay personal credit card bills. Koss alleged the bank’s failure to discern Ms. Sachdeva’s embezzlement scheme amounted to a violation of Wis. Stat. § 112.01(9), which exposes a bank to liability if it permits transactions “with knowledge of such facts that [the Bank’s] action in paying the check amounts to bad faith.”

The bank moved for summary judgment, asserting that no material facts established it had intentionally or deliberately allowed the transactions to occur in bad faith. At the circuit court, the court held that Koss had failed to cite any evidence that the bank “intentionally ignored Sachdeva’s embezzlement,” without which there was no way to show the bank acted in bad faith. The court further noted that the circumstances established only the bank may have been negligent in failing to uncover the fraudulent conduct, but that one of the purposes in adopting the UFA was to eliminate negligence claims against banks arising from transactions where employees or other persons acting as an agent of a depositor commit an act causing a loss to the depositor.

On appeal, Koss took the position that, although the bank lacked actual knowledge of Ms.Sachdeva’s embezzlement scheme, the circumstances raised enough red flags that a factfinder could conclude that the bank’s failure to detect the fraudulent transactions amounted to bad faith under the UFA. In support of its position, Koss cited to (1) the large volume of improper checks—adding up to millions of dollars—Sachdeva requested, (2)the bank allowing unauthorized Koss representatives to request, endorse, and pick up checks, (3)the bank’s acceptance of checks payable to companies with cryptic initials (e.g., “N.M., Inc.” for Neiman Marcus and “S.F.A., Inc.” for Saks Fifth Avenue), (4) after-the-fact deposition testimony from a bank employee that the large number of cashier’s checks requested were “strange,” (5) Ms. Sachdeva’s testimony that she chose the bank at issue because of the ease in which she could conduct her fraudulent transactions, and (6)the bank’s failure to implement and/or enforce proper fraud-detection policies and procedures.

Despite this evidence, the Court of Appeals affirmed the circuit court by dismissing Koss’ claim of bad-faith. Consistent with cases from other jurisdictions interpreting the UFA, our Court of Appeals concluded that to effectively bring a claim of bad faith under the UFA a depositor needs “proof of two elements: (1) circumstances that are suspicious enough to place a bank on notice of improper conduct by the [employee embezzling the depositor’s money on deposit]; and (2) a deliberate failure [by the bank] to investigate the suspicious circumstances because of a belief or fear that such inquiry would disclose a defect in the transaction at issue.” Id., ¶ 27.

While the Appeals Court acknowledged that Koss cited ample evidence to establish the bank’s negligent failure to investigate and discover Ms. Sachdeva’s embezzlement scheme, it concluded that Koss failed to adduce facts sufficient to allow a factfinder to determine that the elements of proof for bad faith under the UFA were satisfied:

Although the transactions Sachdeva engaged in may appear suspicious or odd in hindsight, Koss has not cited any evidence to indicate that, in the larger context of Koss’s banking practices and the banking practices of Park Bank’s other corporate clients, the transactions were suspicious enough to put Park Bank on notice of Sachdeva’s misconduct. Koss also fails to cite any evidence indicating that Park Bank deliberately declined to investigate Sachdeva’s transactions due to a fear that further inquiry would disclose defects in them.

Id., ¶ 51. The Appeals Court then concluded that allowing Koss’ claim to proceed would be contrary to the UFA’s purpose of insulating banks from the misconduct of a depositor’s employees. Id., ¶ 52.

This decision highlights how important it is for businesses to adopt and enforce internal monitoring protocols for financial activities by their employees and agents. By adopting the UFA, Wisconsin has allocated the risk of loss stemming from fraudulent financial transactions to businesses rather than banks in all but the most egregious circumstances. Businesses failing to take notice of suspicious financial activities (1) not only expose themselves to the risk of severe financial losses, but also (2) if the business has publicly traded securities then they may expose themselves to possible violations of federal securities law for failing to properly ensure the accuracy of their financial reporting. See id., ¶ 12 n.4 (noting an adverse judgment entered against Koss pursuant to SEC lawsuit).

Please feel free to contact Greg Jacobs or Rich Latta if you would like to discuss any of the matters discussed above.

While a law firm with which Mr. Latta was previously affiliated may have provided legal representation of a party mentioned in Koss Corporation v. Park Bank, Mr. Latta did not represent any party involved and the thoughts expressed herein are strictly his own.