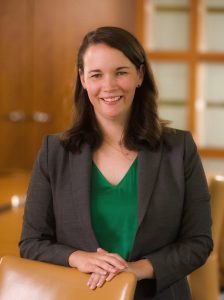 The Seventh Circuit recently reiterated long-standing trademark principles while rejecting a litigant’s change in strategy post-trial. The decision in S.C. Johnson & Son, Inc., v. Nutraceutical Corporation and Nutramarks, Inc. involved use of the “BUG OFF” mark on insect repellant products. S.C. Johnson & Son, Inc. acquired a registration for the “BUG OFF” mark and commenced a lawsuit against Nutraceutical for its competing use of the mark. Nutraceutical defended on the ground of prior and continuous use, including a thirty-five-year history of using the mark by Nutraceutical’s predecessor-in-interest. Nutraceutical’s predecessor had never registered the mark.

In reviewing the District Court’s decision, the Court was quick to find an abuse of discretion in allowing S.C. Johnson to shift its argument after trial to question whether Nutraceutical proved continuous use of the BUG OFF mark after 2012. S.C. Johnson had admitted use after 1998 and alleged continuing use in its Complaint and subsequent court filings. Pre-trial reports listed the ongoing use of the product as undisputed. The Court categorized S.C. Johnson’s “bait and switch” as affirmatively misleading Nutraceutical about the matters at issue. The Court concluded that, whether under the theory of waiver or estoppel, S. C. Johsnon’s arguments about post-2012 sales were raised too late. The District Court’s determination was reversed and the injunction vacated.

Along the way, the Court confirmed several basic trademark principles. Namely, trademark ownership is not acquired by registration but through prior appropriation and actual use in the market. Additionally, the Court reminded litigants that a trademark application is always subject to previously established common-law trademark rights of another party. S.C. Johnson attacked Nutraceutical’s lack of sales data, but the Court rejected the District Court’s findings with respect to the sales data as clearly erroneous. Evidence of actual sales is not necessary to establish mark ownership. The fact that products were manufactured and marketed—in this case a Google search confirmed the availability of the product—is sufficient to establish use even in the absence of sales data. Neither widespread use nor a minimum volume of sales is required to establish use.

Stafford Rosenbaum’s team has extensive experience with trademark issues. If you have questions about registration or infringement, we can help.